If you have been wondering how to get laid easily or quickly without tirelessly browsing through all the dating apps then this post is for you.

Getting laid can be easy if you are honest about it and do not mess things up by giving someone false hopes.

Men sometimes knowingly or unknowingly beat around the bush a lot when if they would be honest, they can easily find the type of person that best matches their energy.

So, if you have been struggling to get laid in college or if you are a man who is out of the dating game for a long time then these tips are definitely going to help you.

P.S. I started by writing the article on how to get men laid and soon realized, it is the same for women too so just swap men- women and read the post and have fun!

I know this sounds cliched but it is so much better when you are honest about things. By honesty, I do not mean give away your credit card number to a woman, NO!

Being honest means, being clear about what you can give to a woman and being subtle about it but if the person still doesn’t understand be polite and explain to her in the best way possible.

Setting boundaries, let’s say by saying, I just wanted to have fun tonight and not think about anything else at this moment, is a great way of saying you want to get laid.

Do not ever say that ‘ You want to get laid’ just sounds so weird, you might want to slightly sugarcoat the way you talk because women love polite men/people in general.

Women like honest men, so if you tell them that this is what you want and be consistent with what you said then you would have no problems.

Women also want to have fun and it becomes easier when men/women are honest about what they want so if you are looking for a nontoxic way of getting laid then honesty can help you go far.

If you lie and change your words and enter into manipulation mode then you will never end up with anyone, ever, so just do not do that.

2. You are talking to a person

Always keep this in mind that the woman you are talking to is also a person with emotions and she too has feelings.

Being considerate about a woman’s feelings is going to take you right to her bedroom doorstep, not because you are a player but because they know you are safe to trust.

When you understand someone and try to make things easier for them they feel more comfortable being around you and if it was their intention to get laid that night then you would be their go-to.

If they never intended to get laid that night, then just come to terms that it was not a day to get laid.

Getting laid is not easy because the other person has to want the same thing as you do and I would never recommend promising things to a woman just so that you can get laid and then dump them the next day.

Try to be authentic so that even though you do not get laid every day, at least when you do get laid, you have fun and both you and your partner enjoy your time.

4. Flirt all the way

If you have a good flirting game, then you HAVE to go for it, flirting is probably one of the best ways to get laid and people who can flirt well get laid often.

If you are bad at it then you can start by giving compliments and give room for the other person to start flirting.

If both you and the person you are interested in are bad at it then you have that in common and you can laugh about it. 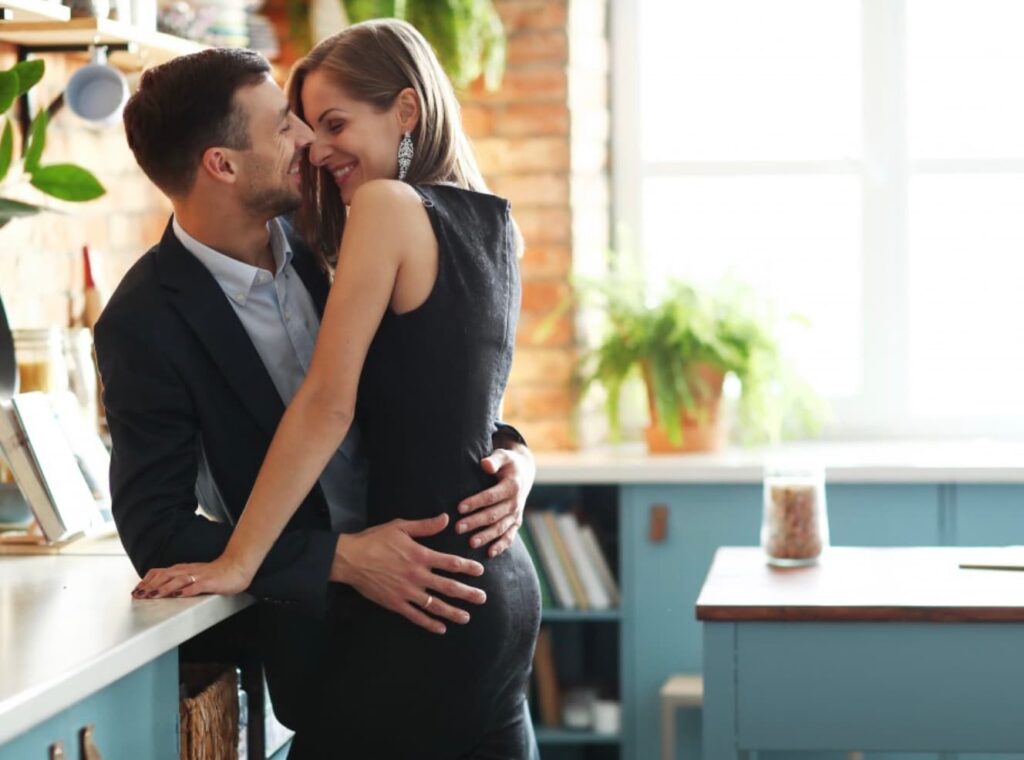 Basically, use what you have to your advantage, if you are funny, smart, or just good at flirting use it.

You can talk about something that interests you for a while and then ask the other person their interests.

People love it when someone wants to know more about them, so make sure you use this trick and it will get you laid quickly wherever you are in the world.

Dating apps have made things so much easier for everyone. But you need to filter out people who are looking for something casual if that is what you want and not mess with people who want something serious.

It saves a lot of time when you are initially clear with a woman that you are looking for something casual.

You do not hurt someone’s feelings and you are not involved in any conflict in any way. Be honest on these dating apps and talk normally.

You do not have to ask for nudes or sexy pictures and if you are someone who randomly asks women those, then leave my site and never come back, lol.

If someone rejects you, then you move on and do not think much about it, and do not waste your time.

Winning women and getting them to bed through lying is JUST WRONG and it will always be wrong so never be proud of it.

No one is going to have fun that way, you will be full of guilt later on and it is not worth anyone’s time.

Be honest even if it means losing out some women/men who are looking for a serious relationship. You want fun so it is best to connect with people looking for the same.

Tinder swipes are probably one of the reasons I dated so much when in college and I often got laid. But again, I’m a girl so I get laid often.

Tinder is the best place to meet new people and you can easily get laid even on your first date. It is popularly known as a hook-up app and if you want to hook up then get this for sure.

You might have other apps now but nothing beats Tinder for a one-night stand.

It is just amazing and it might cost you a dinner and a couple of drinks for the first night but you can easily get laid with this app.

As a woman, the scene is almost the same, be sure to choose nice people and do strike a conversation with them just to make sure they are not a creep and you are golden.

Always have some conversation before going back to someone’s place and getting laid, you do not want to end up in a Play Room and get whipped while thinking to yourself, I should have made better choices.

So, be sure to set out your expectations and do not go running behind the shiny object. Have a healthy conversation and get to know what the other person likes before jumping on the bed.

So, the real question is you want to get laid and you think well, I have to pay on this date and I’m not sure if I want to spend that money.

I understand this might be tricky as a man since it is kind of expected, I would say, you can always take her to someplace that’s not expensive and it is still fun and you have a good time.

Women just want to have a good time and it doesn’t have to be a super fancy place, just make sure you mention where you are taking her so if she wants to bail, she can tell you beforehand.

There is no reason to be embarrassed if you cannot spend a lot of money, MOST women do not want anything fancy on the first date.

Do pay on the first date and make sure you have fun and that would instantly increase your chances of getting laid.

If someone rejects you for not taking her out to an expensive place then maybe it’s for the best. You want someone who is fun and accommodating.

Just be honest and confident about yourself and you will attract the right kind of men/women in your life and getting laid would not just be easy but also fun.

You guys can also come up with a verbal discussion on how they want you to pay.

It really depends on the person, I would not mind it anyway, so it is best to ask in a polite way without being judgy.

RELATED POSTS-
How to suck Breasts- The Art of sucking tits
How to Suck on a Dick Good, Ladies!- Tips on how to do it RIGHT!