Attaining one’s sexual desires is not as easy as it used to be especially now that we are, most of the time, alone at home. So the Lelo Sona 2 and Lelo Sila are here to help you with that.

These sex toys from Lelo are truly innovative and exist to please the female user. They are clitoral massagers or vibrators that help stimulate the said area for the best orgasms ever.

Clitoral stimulators have their issues and Lelo made sure to tackle those. The company made sure that all you get is a pleasure and do not get any other unnecessary feelings.

You can make the best out of your free time if you are using these sex toys. Although coming from the same company, they do have some major differences from each other.

Here, we will tackle those differences and the similarities that you will see and experience with both toys. That way, you get a better idea of how they work.

Read on as we dive into the details of each sex toy and see which one will give you more pleasure. No need to look for other toys as these clitoral massagers will give you all the pleasure.

What Are These Sex Toys?

Sex toys come into many categories and as time goes by, the categories only expand. These sex toys are called clitoral massagers or vibrators.

As their classifications suggest, these sex toys stimulate the clitoris. Now, there are many forms of clitoral massagers on the market, but they are unique because of their functions.

Unlike using direct contact to the clitoris, these sex toys send pulses or vibrations through a hole engraved in them so that your clitoris does not get irritated easily when used.

Most clitoral stimulators, especially those made early, often give you the feeling of too intense vibrations. They often give you orgasms at the wrong time or often too quickly.

You can observe this with Lelo’s clitoral massagers but with one of these toys, that has significantly improved. You can now set the sex toy to a mild sensation when needed.

Aside from that, these sex toys have a nice ergonomic design. You do not need to focus on letting them hit the right spot too much or holding them as they can stimulate you from all angles.

You still need to hold them but unlike most clitoral massagers, you will feel the stimulation instead of getting off track with properly holding the sex toys.

How Do They Work?

Both of these sex toys unusually stimulate the clitoris. They do vibrate, but they do not necessarily apply the vibrations to your body to stimulate the area you want.

These clitoral massagers are both made with a hole in their body. That hole is where you point your clitoris as the massagers send pulses to the hole and give you a different sensation.

With that said, the sensation you will mostly feel is a deeper penetration beyond the skin or the surface of the clitoris. The pulses bounce back and forth to help you orgasm.

I find it more satisfying to use pulses instead of vibrations when stimulating the clitoris. Mainly because it is sensitive and does not need to have direct contact with the sex toy.

While the Sona 2 and the Sila have similar functions and capabilities in stimulating the clitoris, they have some differences since one is a more improved version.

How To Use Them

See, the Sona 2 is a flagship product of the company where they first introduced pulses in stimulating the clitoris. It still has the problem sometimes of being too intense when used.

This sex toy has a smaller hole, meaning that the sonic wave pulses are more intense and focused. That is why you need to place it in the right spot to get just the right sensation.

I would suggest using this sex toy by simply turning it on and then finding the right spot. There is no need to put it directly on the clitoris right away if you do not want early orgasms.

After you have stimulated the areas around the clitoris and you want to finish it off, then that is when you position the hole right on the clitoris to get maximum stimulation on the area. 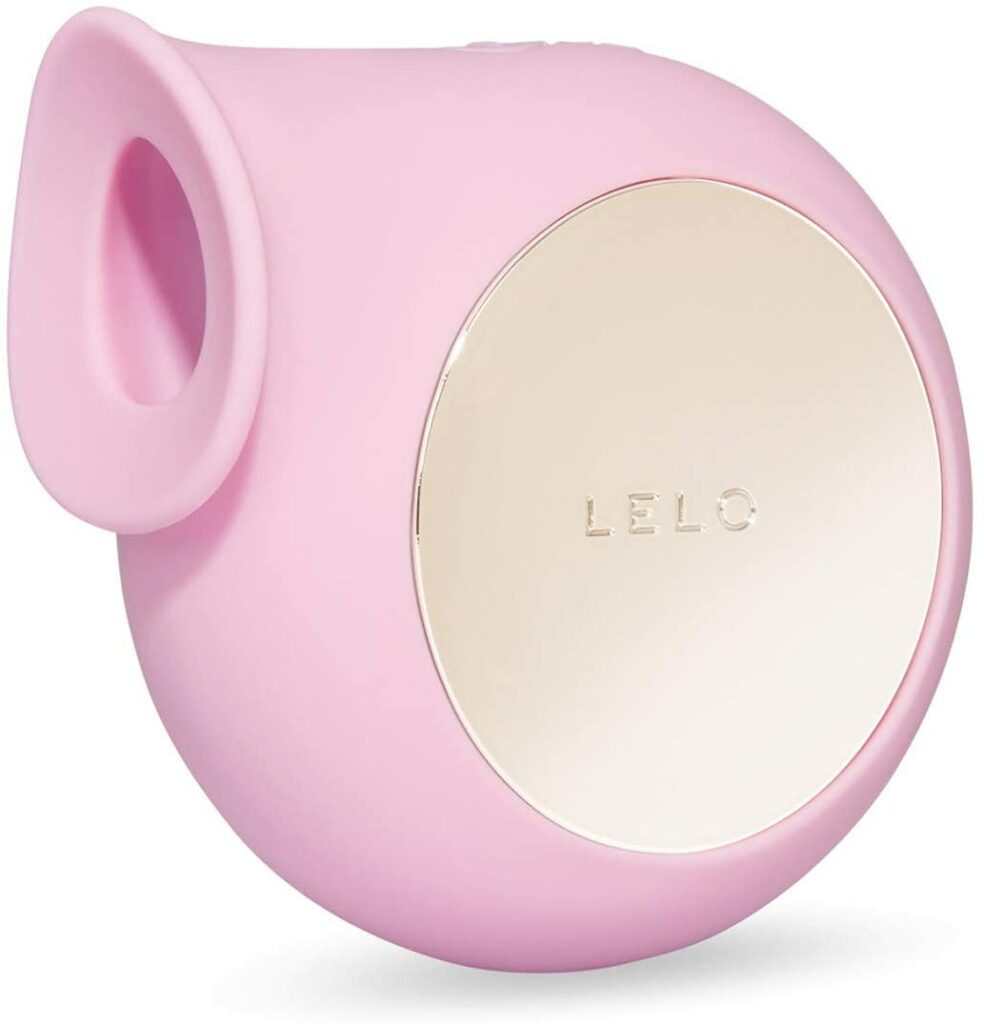 The Lelo Sila functions the same but the difference is that you do not have to find the right areas to stimulate first. You can place the hole directly on top of the clitoris when you start with it.

The Sila later on after the Sona 2 received some backlash of having too strong vibrations. So Lelo compensated the power with a design that can hold the vibrations.

The Sila has a slightly larger hole and wider padding around it so when you put it on the clitoris, the vibrations spread wider and do not focus on the clitoris alone when turned on.

Without direct contact and focused vibrations, you will be able to feel the pulses better. You can enjoy mild stimulation at first and intensify the pulses as you approach orgasm with the toy.

Where Can I Use Them?

One of the main problems with sex toys or vibrators is the noise that they make. Even if you are alone in your room, some sex toys can make sounds that penetrate the wall.

These two sex toys from Lelo do not have that problem. They do vibrate but because of the single-silicone coating and build, the sound does not escape the sex toy easily as plastic ones.

Since they transfer the energy from the vibrations and turn them into pulses, these sex toys do not make too loud noises. You can use them and the sound will not go through walls.

The silicone used in making these toys is also super soft, so aside from preventing irritations, it also helps in muffling the toy’s sounds so they stay silent when turned on.

Besides using them in your room, you can also bring them to the bathroom and use them while showering. These toys are completely waterproof so using them in the tub will not be a problem.

How Long Can They Last

In one charge, you can use these sex toys for 2 hours. There is no need for you to wait for too long as they can get fully charged in just a couple of hours and be available to play with.

With the installed battery, you will be able to use the sex toys for as many as 4 sessions. That way, you will not have to worry about them running out of power in the middle of a session.

So far, the only disadvantage of having a built-in battery is that they decrease after a while. However, it is not that big of a problem since the battery life is still reasonably longer than expected.

These two sex toys from Lelo have similar functions and to access them, you only need to find the buttons on the body so you can switch to different functions and pulse patterns.

By pressing the plus button on the toys for a couple of seconds, it will turn the sex toy on. You can then select the intensity of the pulses by clicking on the plus and minus buttons.

The pulses patterns on the Sona 2 are 12 so you can select the one you like by pressing the middle button. The same goes with the 8 patterns available on the Lelo Sila sex toy.

Personally, there are some toys that I prefer over these two when it comes to the controls. There were times where I could not find the button that I want to press with these sex toys.

The buttons engraved on the silicone body and with the sloping design on the buttons, there are times when my fingers would slip on it because of lube.

It takes some time before you can master the locations of the buttons. However, once you know where exactly to press, the activity becomes easier and almost effortless.

If you are traveling and do not want the sex toys to turn on when accidentally pressed, there is the travel safety feature. You just press the plus and minus buttons simultaneously for 3 seconds.

The same buttons can turn the travel lock safety feature off. This feature will let you place the sex toys anywhere inside your bag and not have to worry about them accidentally turning on.

Since these sex toys are waterproof, there are no problems when you wash them with water. I suggest washing them with warm water and soap to clean out the gunks on the silicone.

The button part’s grafts are the most important areas since, after a while, they collect a lot of dirt. By using a soft-bristled brush, you can remove the dirt from the tiny grooves.

Make sure to rinse the sex toys thoroughly after using soap or other chemicals so the smell does not stick to the silicone.Do a regular cleaning after every use to keep the sex toys in perfect condition.

There are a lot of similarities between the Lelo Sona 2 and Lelo Sila. They are both perfect for stimulating the clitoris without much force and noise that you usually experience with other sex toys.

However, if I were to choose between the two. I would go with Lelo Sila. It has a more comfortable and larger fit, giving just the right sensation without too much vibration.

==> Get the Best Deals on Lelo Sila

The orgasm you get from the Lelo Sila is great because it gives some sort of build-up. That way, you do not have to be surprised that the sex toy has forced into an early orgasm.