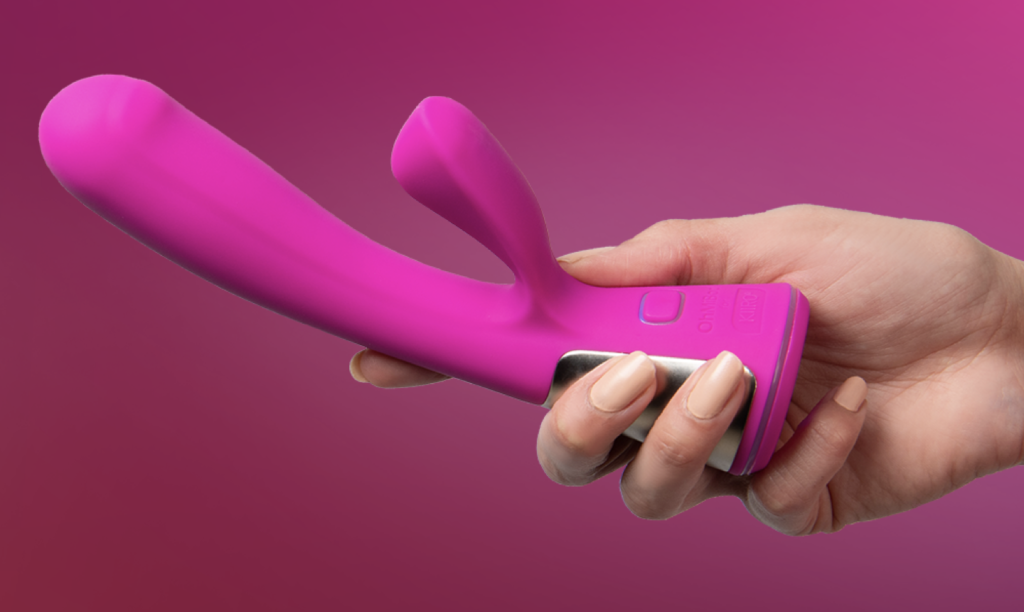 It has the same feature as most vibrators when it comes to the design and most of its functions but since it hides a lot more than what you actually see, it certainly is better than other vibrators.

So if you would like to see what this amazing sex toy can do, read on as we discuss the details that put it above other sex toys and see why you should definitely buy this product.

This sex toy is not overwhelmingly aesthetic or grand when you take the first look. However, the design is not the highlight of this product so we will just be briefly explaining its look.

The Fuse is one of the petite sex toys on the market. It has an insertable length of a little over 7 inches and its widest area is only 1.3 inches in girth, still, it is enough to make contact with the right spots.

The clitoral stimulator is 2 inches long so while the G-spot stimulator is deep inside you, you will be able to satisfy your clitoris as well and hit the right spots for maximum pleasure.

Both of the stimulators are bendable or flexible so even if your vaginal structure is different from most, you can still adjust the length so the stimulators reach the right spots for stimulation.

There are different modes that you can select when using this sex toy. After making sure that it has been fully charged, you can apply water-based lube to it before inserting it inside you.

Other kinds of lube will only damage the integrity of the silicone that was used in making the sex toy. Turn it on by pressing the power button for 2 to 3 seconds until it lights up.

From there, you can select the mode that you want. You get to choose between the Bluetooth, touch-sensitive mode, and the manual mode so you can enjoy the sex toy any way you want. 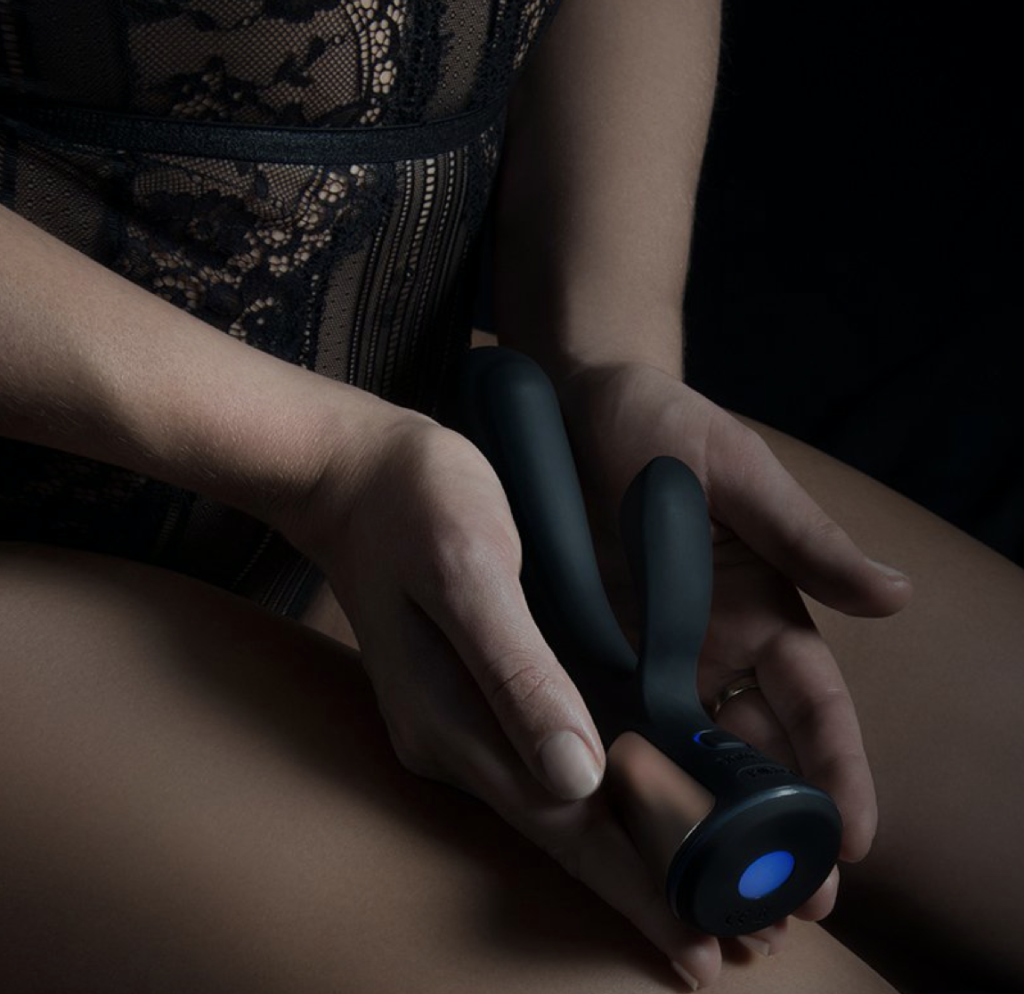 For most of the functions, you need to download the FeelMe App on your smartphone to control the vibrations and intensity of the vibration that the Fuse sex toy gives when using it.

The manual mode is simple as you can just turn the device on and you will see a blue LED indicator which means that it is on Bluetooth mode. Press it once more to switch to manual mode.

This option will automatically bring you to the pre-set vibrations where you can select the type of vibration that you want by toggling through them with the use of the same button at the bottom.

When it comes to intensity, you need to select those through your phone. So while holding the sex toy inside you, use your other hand to switch the intensity of the vibrations from the toy.

This mode is maybe not the best mode but it is the one that gives you the most control. You can select the vibrations and intensity through your phone to satisfy you in your own pacing.

After toggling through the modes, you will find the touch-sensitive mode that is pretty simple. This mode does not move until it comes to contact with your skin or inside your vagina.

There is no need for you to connect the sex toy to your phone in this mode. The touch that the toy feels will be the one controlling the intensity and vibrations that it produces.

This mode needs another application in order to control it. It also offers a feature that allows your partner to control the Fuse anywhere from around the world, seems complicated, right?

Well, it really is not. You just need to download the FeelConnect App on your phone and your partner’s phone to access this feature and let them control the Fuse to their desire.

Since the Fuse automatically turns to Bluetooth mode when you turn it on, you will no longer have to toggle between the modes that might get you confused. Just connect it to your phone.

From there, your partner needs to open their app as well and then connect it with you via Wi-Fi.

Then they can either control the Fuse with their own hands or connect another sex toy to their app.

One of the most famous combinations is the OhMiBod Fuse to Fleshlight Launch connection. This is where you will feel what your partner is doing with the sex toy that they have. 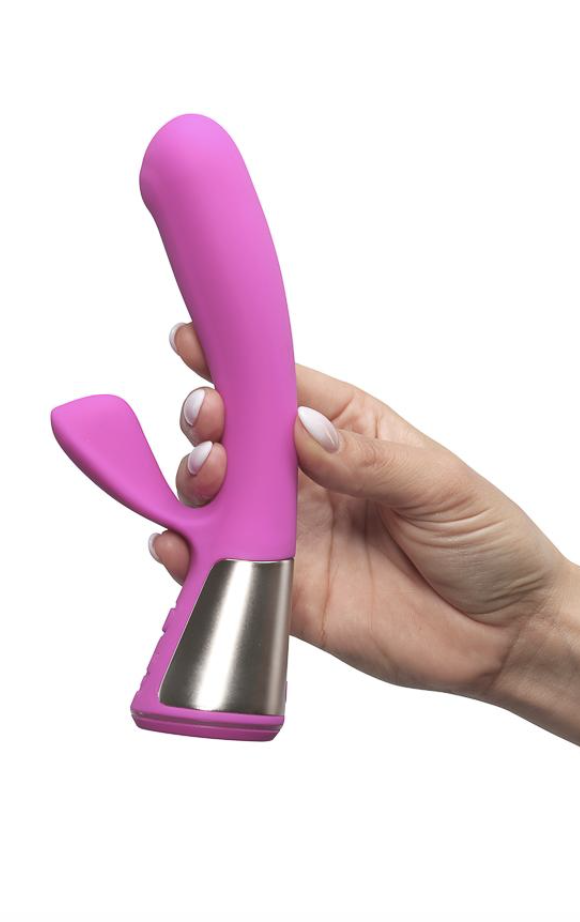 Using this sex toy involved the proper setup where you need to go with the most comfortable position.

This is because it really felt good when using it that I even got the bed messy.

If you want to finish it off in the best way possible, then you can switch the mode and control the intensity.

One thing missing was the ridges on this toy.

However, it has a flat surface that sits right on the vagina so ridges were really not needed as the stimulator pressed against the G-spot perfectly.

The clitoral stimulator was able to produce vibrations enough for keeping up with the G-spot stimulator.

It did not reduce power even when both stimulators were both working.

However, I went in for another round soon after and I had even a bigger orgasm the next time even though it took me a bit longer than the first.

The OhMiBod Fuse is perfect for someone who wants to just relax and have fun during their own free time. Using it with interactive videos was fun too although I would appreciate more quality content in that department.

I love the fact that I can easily use it even while watching some amazing high-quality videos so for the interactive content to make its mark, it has to be REALLY good.

Most of them are from the Male PoV but in my honest opinion, I do not mind imagining myself being the actress who is enjoying herself and having so much fun on screen.

But some more content from the Female PoV would be highly appreciated!

With different modes available on this toy, you will never run out of options to satisfy yourself. Just make sure to clean it after every use by wiping it with warm water.

The OhMiBod Fuse is one of the best sex toys on the market and also one of the most affordable at less than $150. So do not wait any longer and get yours now!