Today we would be reviewing the Siri 2 from Lelo which is a small handheld device used for clitoral stimualtion. If you are interested in getting something powerful yet small then the Siri 2 might be something that would interest you.

After reviewing a lot of products from Lelo, I can personally say that most of their vibrators are really luxurious and feel amazing when used.

They are intense and powerful as well so do not go by the size of a device. Lelo constantly brings the best vibrators for women and it has personally become my favorite brand when it comes to sex toys.

So, if you are alone this weekend and want to take out some ME time which would include a bit of play then the Siri is really going to help you out!

Without any further ado, let’s get into all the details about the toy and how it can make you come your way to glory!

What do you get inside the box?

The Lelo Siri 2 box is really discreet and when sent to your home, no one would even get the idea that there is a sex toy inside the box.

Once you open up the box, you would find the Siri 2, a sachet of lubricant, an instruction manual, a charger, a warranty card and a satin silk pouch to store the device.

Once you receive the package, make sure to charge the device as it does need some charging before you can get started with using it.

If you are using your personal lube then make sure it is a water-based lube as a silicone-based lube can ruin the toy in the long run. 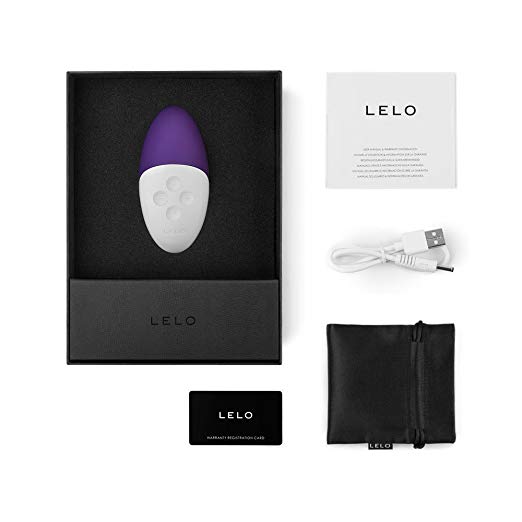 How does the Lelo Siri 2 Work?

The Lelo Siri 2 is an external clitoral stimulator made for the female body. It has a nice black and white body where the vibrating end is black in color and the part where the controls are is white in color.

The part which comes in contact with the clitoris is made up of really soft, luxurious and body-safe materials. While the other end where you have the controls is made up of plastic.

The plastic side of the toy helps you have a better grip and while you are stimulating your clit, it is really important to have better control over the toy as things can get a little slippery with all the lube and the natural lubricant produced from your body.

The toy is really small and easy to carry around as well. Lelo has some really amazing and powerful miniature sex toys for women and if you have not tried them yet then you have to read the working of this sex toy.

The sex toy has buttons at the bottom which you can use to increase or decrease the intensities of the vibrations and even play around with different vibrational patterns. 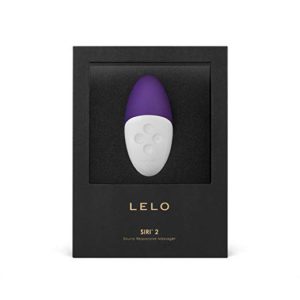 When I first used the device, it personally felt amazing to stimulate the clitoris with it. I was pretty pleased with medium settings and never went to the highest one.

So, for someone who likes strong rumbly vibrations, this device is going to quench your thirst for power as it has got it all.

It could easily make me come within a few minutes and if needed I could lower the intensity of the vibration so that it could give me the right amount of tease that is needed.

Overall, I was pretty impressed with the performance of a sex toy that is so small and yet so powerful. The device is even waterproof so you can use it while you are inside the shower.

The charging on the device lasts for about 2 hours depending on the intensity of vibrations that you go for and very negligible noise is produced by the device as well when used.

If you are living in a flatshare situation or have housemates then this is perfect as no one would get to know that you are using a sex toy in your room.

Sync with the music

The vibrations are pretty strong when you sync it with music and it is strong enough to make you come. So, if you are looking for something that would really help up

Pros of the Lelo Siri 2

1. The Siri 2 is small, portable and really easy to use. You can easily carry it around with you in a bag and it is discreet as it looks like a remote for some electronic device.

3. The device is waterproof, hence you can use it in showers.

4. The Siri is super quiet as well so if you live in a flatshare or with your family, you can easily use it inside your room as the sound would not escape outside the room.

5. The device has different vibrational patterns which give you a lot of different ways to explore playing around with yourself.

6. The device can sync with the music as well giving it a more seductive quality as you can turn on any music that turns you on and the Siri would sync it vibrations to it.

Cons of the Lelo Siri 2

1. It is really small and that just makes holding it really difficult sometimes especially when you are all wet.

Something that really impressed me was the fact that it looked like a remote and you can easily hide it from your friends and family, saving you from the embarrassment.

So, if you are interested in this small-sized powerhouse then do check out the Lelo Siri 2 and let us know what you think in the comments below!